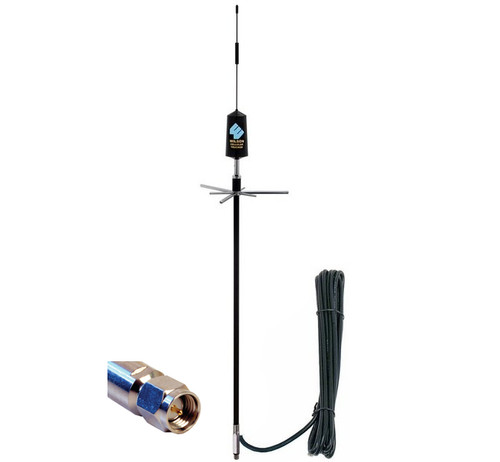 No other manufacturers cellular antenna comes close to the performance of the Wilson Trucker Cellular Antenna. Up to 90% of cell phone signal on both transmit and receive is absorbed within the vehicle body and the user's head. Wilson solves this problem by channeling all the power from the cellphone to the outside antenna. This results in the Wilson Cellular Trucker Antenna transmitting and receiving over 10 times more signal (10-15 db Gain) than a cellphone used inside the vehicle without an outside antenna.

The Wilson Trucker Cellular Antenna was carefully designed to minimize loss and maximize gains. The innovative antenna design results in high efficiency and low losses and will get the most signal to your cellular device.

SureCall Wide-band Exterior Antenna is designed for Large OTR Trucks, 18 Wheelers, Tractor Trailers, Big Rigs and RVs. This Truck Antenna is 30 inches tall and is Omni-Directional. It is equipped...