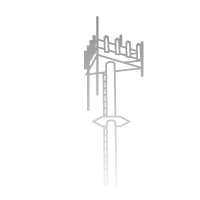 Are cell phones dangerous to your health? Does the use of cell phones close to one's head can cause illness or disease. Although there is no conclusive proof of these dangers, just about everyone is recommending keeping your cell phone's RF signal away from your body by using an external cell phone antenna or hands-free kit.

Here are a few articles and other sources of information on the possible dangers of cell phone signal.

FDA Cell Phone Info and Health Under the law, FDA does not review the safety of radiation-emitting consumer products such as cell phones and similar wireless devices before they can be sold, as it does with new drugs or medical devices. However, FDA does have the authority to take action if cell phones are shown to emit radio frequency energy (RF) at a level that is hazardous to the user. In such a case, FDA could require cell phone manufacturers to notify users of the health hazard and to repair, replace or recall the phones so that the hazard no longer exists.

The National Cancer Institute (NCI) is the US federal government's principal agency for cancer research and training. The NCI consist of  approximately 3,500 employees. They are part of the National Institutes of Health (NIH), one of 11 agencies that make up the Department of Health and Human Services (HHS). The NCI's Mission is to lead, conduct, and support cancer research across the nation to advance scientific knowledge and help all people live longer, healthier lives.

There are three main reasons why people are concerned that cell phones (also known as “wireless” or “mobile” telephones) might have the potential to cause certain types of cancer or other health problems:

"The National Toxicology Program (NTP), an interagency program within the U.S. Department of Health and Human Services, evaluates and identifies the health effects of select substances which could be hazardous to humans. In other words, NTP studies the toxicology of these test substances."

Cell phones and other commonly used wireless communication devices transmit information via RFR. At high exposure levels, non-ionizing RFR can produce local thermal effects (tissue heating) that can damage temperature-sensitive biological structures and processes. Given the proximity of cell phone use to the head, there have been specific concerns raised about the possibility that RFR exposure from wireless devices can lead to increased risk of brain cancer. Although the levels of RFR generated by cellular telephones are modest, it is not currently known whether chronic exposure to low-level RFR, not resulting in measurable thermal effects, could impact human health. Therefore, potential increases in the risks of cancer, cognitive dysfunction, and other adverse health outcomes remain a public concern.

Radiofrequency radiation (RFR) causes heating, which can lead to detrimental biological effects. To characterize the effects of RFR exposure on body temperature in relation to animal size and pregnancy, a series of short-term toxicity studies were conducted in a unique RFR exposure system.

Read More: Effect of RFR on Body Temperature in Rodent

"Health Freedom Idaho (HFI) was created to protect our access to and preserve our freedoms in regards to the health care of our choice. We are a concerned group of citizens, professionals and families in Idaho interested in preserving Idaho's health freedoms. "

You reduce the risk for injuries due to radiation if you direct the antenna straight backwards from your head instead of straight up. Don't carry the mobile phone in the belt around the waist. Avoid exposing the deposits of bone marrow in the hips to the microwaves. Placing the mobile phone next to the heart is now regarded as less dangerous - unless you have a pacemaker.