WiFi or wireless networking is the technology that originally and finally set our Internet laptops free of wires!

About ten years ago, people everywhere were putting little wireless networking devices in their home-offices called "wireless routers." These simple, inexpensive routers were the center of a massive turning point in the way we use the internet. From that point on, if you had a wireless router and a compatible laptop, you could roam the house freely, without wires, and still connect to the Internet! 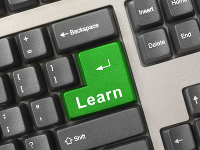 Since that time, wireless LANs (Local Area Networks) have popped up everywhere. From schools to airports to restaurants and coffee shops, there is almost no public space without a WiFi connection.

Why does one network have so many names?

WiFi, short for Wireless-Fidelity is a play on the audio term Hi-Fi, which is short for High Fidelity.

The 802.11 designation comes from the IEEE (Institute of Electrical and Electronics Engineers). The IEEE sets standards for a range of technological protocols, and it uses a numbering system to classify these standards. That designation comes with rules to follow to make sure your laptop's WiFi is compatible with any other WiFi network that you may want to use.

How does WiFi work?

Wireless networks communicate using radio waves, just like cell phones, walkie-talkies, and televisions. In fact, wireless networking can be thought of as walkie-talkies for computers! Each of these technologies works on a different frequency range, designated by the FCC (Federal Communications Commission. Frequency is measured in Hertz (Hz), meaning oscillations per second. Radios, Televisions and Cell phones each broadcast on registered frequencies. Each service provider registers to broadcast on a particular frequency band so that nobody else is allowed to broadcast on the same band and interfere. For example, currently in the US, Cell phone providers broadcast in the 850Mhz, 900Mhz, 1900Mhz and 2500Mhz range, but are registered in the 700Mhz, 1700Mhz and 2100Mhz bands for possible future use.

When a general consumer broadcasts a radio signal, it is usually on an unlicensed band. These bands are where WiFi networks transmit. Most WiFi networks are on the 2400Mhz, aka. 2.4Ghz band. If you are on an 802.11b or 802.11g network, you are transmitting and receiving in the 2.4Ghz range. If you are on 802.11a, then you are broadcasting at the less crowded 5Ghz range. If you have an 802.11n network, then you may be at either 2.4Ghz or 5Ghz as 802.11n can broadcast on either band.

These WiFi data speeds are fast enough for Internet access, but wireless speeds are not quite up to wired network speeds. A wired network can have speeds up to 1000Mbps or 1 Gig-a-bits per second.

Speeds listed are the maximum raw data rate transferred in one direction. Actual speeds will vary according to variables such as the amount of traffic and number of users.

Why does Wi-Fi speed vary?

A wireless LAN works on one channel at a time, so all devices on that channel have to share bandwidth. That means when your computer is communicating with the router, they have to take turns transmitting or "talking" to one another. The process of which effectively cuts the raw bandwidth in half. If more devices are using the same channel, all devices have to share that bandwidth, and so the speed is divided among all that are in use at any given time.