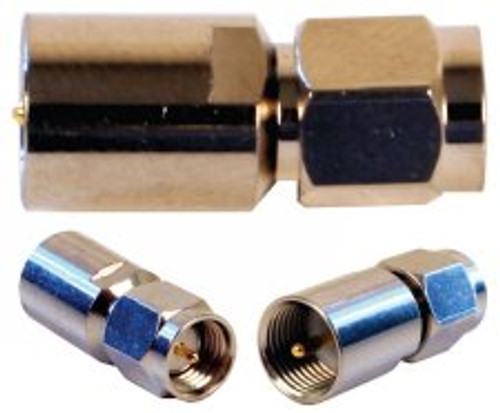 We offer a variety of adapters to make it easy to change connector type typically used for antenna & amplifier systems.

MSRP: $79.99
NOW ONLY: Now: $74.99
Was:
Wilson 700-800MHz Yagi Cellular Antennas are very effective at increasing your cell phone's signal strength in rural areas. The Yagi is a directional antenna and should be mounted above tree...

MSRP:
NOW ONLY: Now: $7.99
Was:
Wilson Electronics 6 foot RG174 extension cable with SMA Male on one end and SMA Female on the other. WARNING: Cancer and Reproductive Harm - www.P65Warnings.ca.gov