Gain And Power Output In Amplifiers

Gain And Power Output In Amplifiers 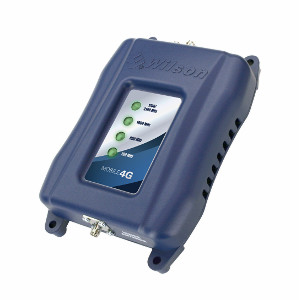 Gain is the number of times the power into the amplifier is increased at the output of the amplifier. Gain is expressed in dB’s, a way to make large numbers easier to write. For example, 10 dB is a gain of 10 times, 20 dB is a gain of 100 times. For example, 1 watt into an amplifier which has 10 dB gain puts out 10 watts. But that’s not the whole story. What if the amplifier is only capable of 3 watts output? The amplifier is then over-driven. Too much input power results in 3 watts of distortion, just like yelling into a microphone and distorting a HiFi system. The same happens to the cell phone amplifier, which causes it to interfere with adjacent channels on the cell site.

The maximum power that can be applied to a 10 dB 3-watt amplifier is .3 watts, which gives 3 watts of undistorted output. A cell phone connected to a direct connection amplifier with normal cell phone maximum power (.2 watts) going into the amplifier and a gain of about 12 dB gives 3 watts of undistorted output power to the cell site. Any more input power would not increase the output, but only distort it, which causes harmful interference. A gain of 15 times is 11.8 dB.

The following table will give you an idea of how dB’s relate to the number of times the signal is amplified:

As you can see, around 12 dB (15 x) is the maximum gain that you need on a direct-connection amplifier. Direct-connection amplifiers with 20 dB or more gain are only wasting the amplifiers’ power by generating signals that interfere on adjacent cell phone channels – actually causing less power where you need it. Remember that you only have 3 watts, which is now divided over a bigger bandwidth, causing harmful interference.

Why do we need higher gain amplifiers? Let’s look at a 40 dB mobile wireless 3-watt amplifier. We need more gain because when the cell phone has to transmit to and receive from the amplifier’s inside antenna (which is about 1-2 feet from the cell phone), the signal is much weaker into the amplifier than the .2 watts that was going directly into the direct-connection amplifier. The signal is now approximately 660 times weaker when it enters the amplifier’s input. It just so happens that a 40 dB gain amplifier will put out 3 watts with that input, so you can see different gains are needed for different applications. Also, in an automobile situation with the outside antenna on the roof of the car and the inside antenna near the headrest, 40 dB is generally the maximum gain before the amplifier starts oscillating.

With in-building applications, the cell phone is much farther from the inside antenna; therefore, a higher gain amplifier is needed. A 50 to 60 dB gain will generally give good coverage in most building applications. Amplifiers with higher gain require much greater antenna separation. For example, a 72 dB gain amplifier requires 4 times more antenna separation distance than a 60 dB amplifier.