How to Install the Wilson Sleek Cell Phone Signal Booster

Installing the Wilson Sleek is very easy. It basically involves mounting the Sleek cradle with built in amplifier in a convenient location, Mounting the Outside antenna and running cable to the Sleek then connecting the cigarette lighter power plug for power.

Warning: This manual contains important safety and operating information. Please read and follow the instructions in this manual. Failure to do so could be hazardous and result in damage to your Sleek.

The weak link in cell phone systems, is the low signal power of the cell phone. The Wilson Sleek™ boosts the cell phone power many times. Installing the Wilson Sleek is very easy. Remember that to amplify your phone’s signal power, the phone must be placed in the Sleek™ cradle. To achieve the best performance while the phone remains in the Sleek™, use a Bluetooth headset or hands free device. Your Wilson Sleek™ has been carefully engineered to significantly improve the performance of your phone. Together with an outside antenna, the Sleek’s state-of-the-art circuitry is designed to increase your phone’s signal to and from the cell site. The Sleek™ reduces disconnects and dropouts and increases data communication rates on 2G and 3G networks.

NOTE: The cell phone must be placed in the cradle to work properly. We recommend using a Bluetooh headset or other hands free device. 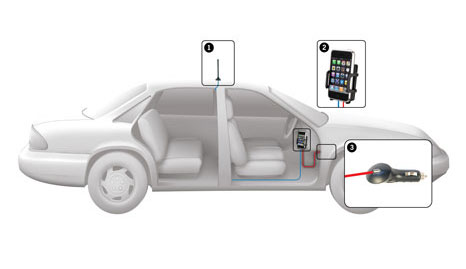 DO NOT use phone covers that have chrome or any other metallic surface. It may block cellular signals.

1. Install the Outside Antenna

To receive the best cell signal, select a location for the outside antenna that is preferably in the center of the vehicle’s roof, 12 inches away from any other antennas, free of obstructions, and at least 6 inches from the rear or side windows or sunroof.

The outside antenna must be installed vertically. Antenna performance will be degraded if the antenna is not vertical. The antenna cable is small yet strong enough that it may be shut in most vehicle doors without damaging the cable.

For a more professional-looking installation, the antenna cable may be run under the door seal. Carefully pull down the door seal.

Run the cable under the seal and push the seal back into place. This prevents constant wear and tear on the cable as the door opens and closes. The antenna cable is small enough to easily tuck under the door seal or plastic molding.

The “outside antenna” must be either a Wilson Magnetic-Mount or Mini Magnetic-Mount antenna and requires at least an 8 inch separation distance from all persons. Other outside antennas may be used with fixed building installations provided that (a) they are located with at least a 30 inch separation distance from all persons, (b) their gain less cable loss does not exceed 15 dBi, and (c) they are not operating in conjunction with any other antenna or amplifier. 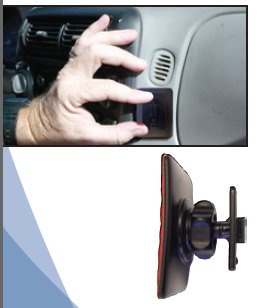 A mounting bracket is provided for attaching the Sleek™ to your vehicle’s dash. We also have other mounting options.

Adhesive Bracket- Included in this package

3. Attach the Sleek™ to the Bracket

Once you have installed the bracket in the desired location, and waited 24 hours for adhesive to cure, attach the Sleek™ by aligning the rectangular hole on its back with the tab on the mount bracket, grasping the sides of the Sleek™, and sliding it downward approximately ¼ inch into place. 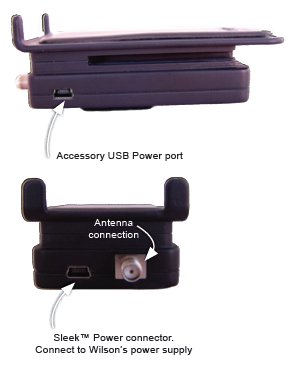 4. Attach the Outside Antenna cable to the Sleek

Attach the cable from the outside antenna to the antenna connector on the Sleek.

Power up the Wilson Sleek™

IMPORTANT: Make sure the outside antenna cable is connected before powering up the Sleek™.

Connect the mini-USB plug on the power cable to the Sleek’s mini USB port located on the bottom of the Sleek™ and insert the adapter into the cigarette lighter outlet of your vehicle.

The Sleek™ may remain on all the time. However, leaving the Sleek™ on in a vehicle when it is not running can discharge the battery in a day or two.

Note: The 12V DC power source on many vehicles is shut off with the ignition key.

WARNING: Use only the supplied Wilson power supply.

Included with your Sleek are various sized arms, which will provide you with multiple options to customize the Sleek to fit your phone. 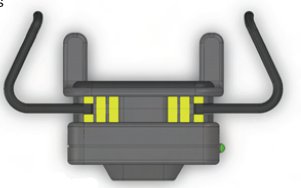 1. Change arms
Gently grab the arm and lift upward until the arm breaks free from the Sleek™. 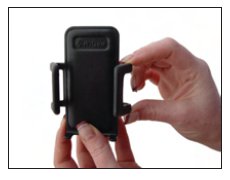 2. Reposition arms
Position the arm above a different slot on the Sleek (indicated by the yellow in the drawing). Gently slide the arm down until the arm is firmly in place.

NOTE: The cell phone must be placed in the Sleek™ to work properly. Use a Bluetooth or wired hands free device. 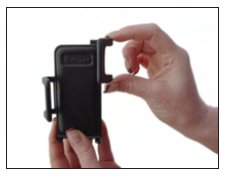 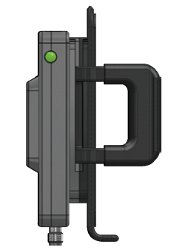 Separation of Sleek™ and the outside antenna is very important. In a vehicle, the metal roof acts as a barrier and helps shield the two antennas from each other, preventing oscillation.

An oscillation in the Sleek™, if allowed to occur, can affect nearby cell sites’ ability to handle calls.

Green light is on : Sleek™ is operating properly

SYMPTOM: No increase in Bars
1) Make sure that the antenna connector is tight.
2) The cell phone must be placed in the Sleek™ cradle to amplify properly.
3) Call Wilson Technical Support at 866-294-1660

Warning: DO NOT use phone covers that have chrome or any other metallic surface. It may block cellular signals

Installing a Wilson Outside Antenna in a Building

Follow the specific antenna instructions included with the outside antenna (sold separately except for certain kits). These instructions assume that you are using a Wilson Mini Magnet-Mount Antenna and the optional suction-cup window bracket.
To receive the best signal, select a window on the side of your building where your outside signal is the strongest.

Attach the suction-cup bracket to the inside of a window so that the cable will reach the location of the Sleek™. Place the bracket as high on the window as possible for best performance.

Once the bracket is in place, attach the magnet base of the antenna to the flat surface of the bracket.

Note: the antenna must be installed vertically. Signal performance will be degraded if the antenna is not vertical.

Installing the Wilson Sleek™ Signal Booster in a Building

The Wilson Sleek™ may be placed in any convenient indoor location, such as a desk or tabletop. The cell phone must be in the cradle and a Bluetooth® headset used for voice communications.

Once you have selected the location for the Sleek™, run the cable from the outside antenna and attach it to the SMA connector on the bottom of the Sleek™.

Note: The Sleek™ and the outside antenna must have a minimum separation of 3 feet to prevent oscillation.

Note: The cell phone must be placed in the Sleek™ cradle to amplify properly. 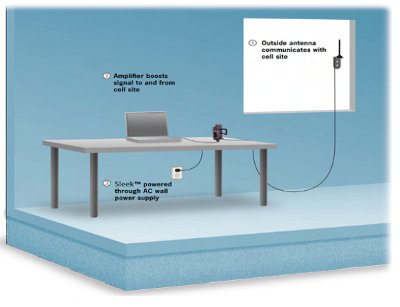 The outside antenna you use with the Wilson Sleek must be either a Wilson Magnetic-Mount or Mini Magnetic-Mount antenna and requires at least an 8 inch separation distance from all persons. Other outside antennas may be used with fixed building installations provided that (a) they are located with at least a 30 inch separation distance from all persons, (b) their gain less cable loss does not exceed 15 dBi, and (c) they are not operating in conjunction with any other antenna or amplifier.

In addition to the convenient mini magnet roof mount antenna included with your kit, Wilson Electronics offers a wide variety of outside antennas to help you customize your amplifier for a specific application. All models shown below double the power to the cell site compared to the mini magnet antenna. Note: that the Wilson Sleek has an SMA Female antenna connector so make sure any other antenna you purchase has an SMA Male Connector. More Antenna Options.

You can take your Wilson Sleek signal booster from vehicle to your home and office with the optional Wilson Sleek Accessory Pack that comes with an AC Power supply, Antenna Mount and Cradle Mount. We also carry a variety of other cradle holders mounts to hold the Sleek like the cup holder mount. 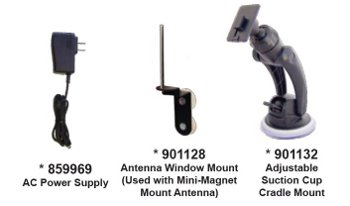