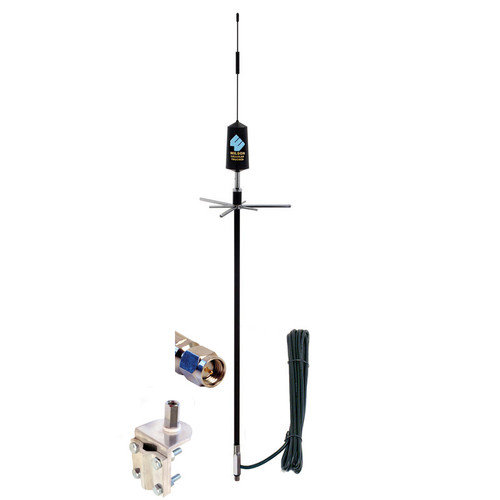 Wilson's most popular cellular antenna for 18 wheelers. You can connect this antenna directly to a cellular device or connect toa powered signal booster system. For mobile or base station use it includes 12 feet of RG-58 low loss coax cable with SMA Male connector. The antenna's total height is 32 inches.

The Wilson Trucker can be used on mobile applications such as trucks, buses and boats as well as fixed structures such as homes, RVs, trailers, office buildings, portable buildings, etc. It's innovative built in ground plane design allows it to be mounted on any surface - Metal, Fiberglass, Wood, etc. This means it will have excellent performance on the new fiberglass body trucks as well as the standard metal body trucks. The antenna is also designed with an elevated feed system so that the antenna can get as high as possible to maximize signal strength.

SureCall Wide-band Exterior Antenna is designed for Large OTR Trucks, 18 Wheelers, Tractor Trailers, Big Rigs and RVs. This Truck Antenna is 30 inches tall and is Omni-Directional. It is equipped...